We see around corners while the competition still needs to figure out where they are.

What this means to you: Peter does not take “no” for an answer. After being told it was impossible to form such a cross-border relationship, he reviewed the rules and regulations involving insurance, tax and finance and developed a very successful business. He looks at and evaluates rules and regulations and finds opportunities that others miss.

A Fortune 500 Company had its entire insurance coverage with Lloyd’s. After reporting a small claim, the lead syndicate directed outside counsel to rescind coverage and file a declaratory action in favor of rescission. Peter was called in to assist the client and resolve the issue with Lloyd’s. After contacting Lloyd’s outside counsel and not being able to resolve the issue. Peter arranged a meeting with the lead syndicate as well as all the other syndicates on the line slip. As a trial attorney with experience defending “Bad Faith” claims, he was able to share additional insight with the underwriters that they may or may not have been getting from their outside counsel.

What this means to you: Because of his many years as both a trial attorney and in-house counsel, Peter can recognize a weak argument when he hears it. He is comfortable fighting for clients and putting forth arguments that get results for clients.

Financial Institutions purchase limits for specific coverage areas. As the prices for these coverage’s continued to compress in the mid 2000’s, Peter looked at how broader coverage could be obtained by creating a layer of excess coverage that would drop down over the primary coverage areas. Peter was able to show underwriters the benefit of providing the additional coverage against the revenue generated and the losses paid out.

What this means to you: Peter, tracks litigation and litigation trends in Management and Professional Liability claims and applies these trends to your company and your risk.

A large regional bank suffered a multi-million dollar loss under its bond claim. The initial position of the carrier was to deny the claim, and the claim lingered for several years with little movement by the insurance carrier. Peter offered to assist the bank with the claim. He met with the risk manager of the bank, bringing in underwriters and speaking with management at the carrier.

What this means to you: Peter can evaluate a claim and find pressure points to help bring the claim to resolution. Only education and experience can provide you with this type of advocacy.

What this means to you: Peter, is highly effective in working with insurance companies and managing litigation. He can work with both inside and outside counsel to assist in presenting the best arguments to the insurer.

Want a similar outcome for your litigation or issue? Call 425-788-4349 to get similar results.

We Deliver Proactive Solutions To Our Insurance Industry Clients' Problems 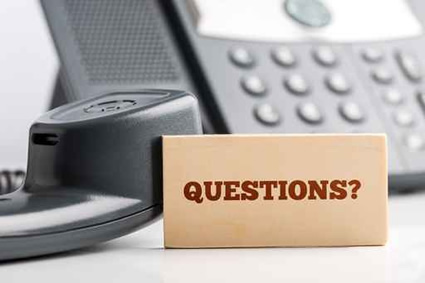